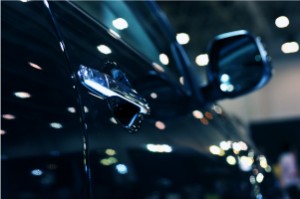 The Beijing Auto Show showcased some of the worlds fastest high end cars- the event also called attention to the number of auto dealers that have begun to expand their markets into China, according to the Detroit Free Press.

Demands for passenger vehicles in China have increased substantially in the past decade; forecasts for China’s car market expect a rise to 30 million vehicles a year by the end of the decade from last year’s 18 million. It’s not just the fuel-efficient ones either.

Nissan, Ford, Toyota and Audi all used Auto China 2012 to showcase new sedans and SUV’s. The array of vehicles shown at the car shows are designed to specifically fit the Chinese market, and target Chinese interests.

Automakers are focusing on luxury models for newly rich Chinese and economy models for the low-income but vast rural population. Demand for luxury SUV’s are expected to climb 49% in 2015, according to IHS Automotive. For BMW, larger sedans and sport-utility vehicles accounted for at least 70 percent of premium car sales in China last year. Chrysler Group LLC announced it will sell a dragon-themed Jeep with gold-toned accents.