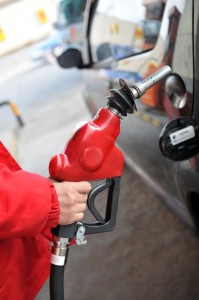 According to the Department of Energy, weekly gasoline demand has fallen 7% on average from a year ago, to its lowest level since 2001. However, that reading may indicate more influencing factors than simple demand. According to the Wall Street Journal, the information released in late March is flawed, and fails to adjust to industry changes.

The data suggests that American drivers have cut back by 622,900 barrels (19,309,900 gallons) a day from a year ago, estimated to be the equivalent of Argentina’s entire daily consumption. The article states that the EIA (Energy Information Administration) had been underestimating export demand from late 2010 to August 2011. Instead of a 7% drop, the decline was probably closer to 4%, according to an estimate by Robert Merriam, who oversees the EIA’s Weekly Petroleum Status Report.

The EIA has switched its methodology, but the organization is struggling with budget cuts, and has been forced to scale back its research efforts. The gasoline-demand date is among several reports with significant market influence that have come under question, including crude-oil inventories and natural-gas outputs. Critics argue that the models used are outdated, and the calculations are slow to catch up with major shifts in the industry.

Much of our economy is dependent on this data. It is used for economic projections and as a gauge for traders of when to buy and sell. Analysts use it to predict U.S. energy use, household’s income, and economic growth, and producers and refiners use it to help guide them on expansion and development.

The data can send the price of gasoline rising or falling, which of course, directly affects the automotive industry, influencing consumers’ demand for vehicles. Types of cars (hybrid, electric), when to buy (demand for new vehicles is slowly resuming after a few years of recession), and use can all be affected by prices at the pump.

As an automotive dealer, you know better than anyone else the interdependent relationship between gasoline, economic projections, and the automotive industry. Running an auto dealership requires coordinating a variety of operations under one roof, from selling and servicing to repairs and maintenance. There are unique risks and exposures in everything you offer, and gas prices aren’t the only influencing factor that can affect your industry. Protect your auto dealership business with Dealer Protection. We’ll provide you with a broad array of coverages that fit your dealership’s needs. Contact us today for more information.